"The sun will no more be your light by day, nor will the brightness of the moon shine on you, for the Lord will be your everlasting light, and your God will be your glory." (Isaiah 60:19 NIV)

If we look at the first half of this verse, "The sun will no more be your light by day, nor will the brightness of the moon shine on you", this is an interesting image of darkness drawn here. Today, we know that the sun and moon are responsible and critical for the changes of the seasons. Today, as we face a shortage of natural resources, solar power has become important in energy conservation. What is more, without sunlight our bodies lack of certain vitamins vital for health and growth. In the day of Isaiah, the absence of the sun and the shine of the moon would have resulted in an enormous crisis as mankind would have been faced with the complete darkness of the earth.

Though the first half of this passage shows the sentence that God proclaims, as we continue further into the chapter we find that God proclaims the victory of His promises. The second half of verse 19 actually begins to show us the promise "for the Lord will be your everlasting light, and your God will be your glory." Though the sun and moon are essential for daily living, if we are in the Lord our lives would lack nothing.

Looking back to when I was first admitted to the hospital, I could not even swallow food. I could hardly breathe on my own. I was unable to even carry out the basics of daily living. I experienced a deficiency of energy and "get-up-and-go." I would have bouts with the determination to survive. However, it was during this period that God used His divine power to grant me a deep realization and awareness of His sovereign presence. My shoulders felt God holding me tightly with His hands. His chest leaned in tight against my back. From time to time I could hear a soft voice talking to me. When I would open my eyes, there would be nobody behind me. This continued on occurring at different hours of the day for four days. If truth be told, my original thought was that I had nothing to worry; I was ready to go by whatever His will was for me. To stay or to go, I was willing to obey. But then, something beyond even my expectations, His healing hands came upon me. Gradually, I could breathe and even eat again as usual.

Oddly enough, this extraordinary experience did not last and even almost completely escaped my memory. Later on, however, my memories of the experiences did return. The spiritual lesson that God wanted me to learn was, "do not focus too much on the supernatural and divine encounters." Rather, I learned that my focus was to be "For those who fear Him lack nothing" (Psalm 34:9). 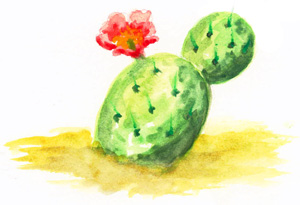